Item was successfully added to your cart

The Birth of the Old Ghost

The Old Ghost represents the very best lots of old vine zinfandel that we produce annually. 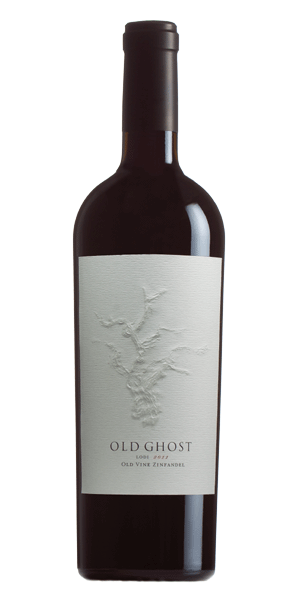 For the past eight vintages, this wine has come from 90 plus-year-old vineyard blocks that produce minuscule yields that are less than one ton per acre. Each vintage this wine has managed to offer our winemaker major challenges! The following is a discussion of the challenges during the inaugural vintage…2003.

“The 2003 Old Ghost has to be one of the most difficult wines this seasoned winemaker has ever encountered! Truly reflective of a recalcitrant old personality, he was unwilling to cooperate with modern technology and superior winemaking techniques. Walking the vineyard on October 1, tasting the grapes, and seeing the paucity of fruit on the vines, I had the ominous feeling that this was not going to be an easy wine to make. But I also believed that if I could just get it “into the bottle”; it would be a truly spectacular wine. Picking the grapes was difficult and once in the winery, these 28 Brix grapes started fighting the equipment…tough skins and small clusters made just moving the crushed fruit into the tank challenging. Nearly 30 days later, the cantankerous wine was still stubbornly refusing to finish, so a plan was developed to deal with the issue. Four days later, we pressed the Old Ghost off the skins, whether finished or not, hoping that a little fresh air might motivate him to get going. The wine was stuck at 1.5% sugar. While this helped a little, (the wine moved slightly down to 1% by December 10), he refused to budge beyond that point. I promptly added a hi-tech vitamin concoction called “superfood” and some super yeast and warmed the old buzzard up to entice him to the finish line. But there was NO COOPERATION… Summer came and as outside temperatures started to climb, I was optimistic. But this wine’s stubbornness prevailed and there was NO MOVEMENT. So, July 30, I “pulled the trigger” and gave him a big dose of SO2, moved him into barrels and figured we’d deal with him next summer. True to personality, defying time, temperature, and logic, the cantankerous Old Spirit “gave-up-the-ghost” around Christmas and finished dry in the cold, dark cellar, without any encouragement or manipulation on my part. By the spring of 2005, I could taste and see what the fight was about…deep blackberry and plum aromas were combining with the vanilla and toast of the barrels to deliver soft, supple tannins and overwhelming complexity. The sheer volume of flavors would guarantee longevity in the bottle. There wasn’t much fight left in the Old Ghost by the time he was bottled in the summer of 2005, however, I wouldn’t be the least bit surprised to see if some of that cantankerous old spirit flows into those that drink this wine. You’ve been warned…”
- Barry Gnekow

The truth of the matter is that each year this fruit has given us our share of challenges in the cellar. Perhaps it is the tiny yields that cause the wine to “get stuck” attempting to achieve complete fermentation. The Old Ghost has a mind of its own and behaves accordingly in the cellar. The good news is that each vintage has produced an extraordinary wine, full of character and complexity. Whether it is an ethereal elixir or a poltergeist potion, the limit on the Old Ghost is 12 bottles per customer. Join our subscription list to ensure your reservation for this incredible wine. Release date for the 2005 vintage is August 1, 2007.

The first time I tasted the barrel sample of this wine I was astounded at its complexity and depth of flavor. Asking what the plan was for the wine, Steve mentioned that half had already been blended in Klinker Brick Old Vine Zinfandel. Having had the pleasure of representing a number of benchmark zinfandel producers, I was certain that this was one of the best I had ever tasted. Its unique quality was worthy of a special bottling. Having the vision for an understated, ethereal white label with an image of a blind embossed old vine, the Old Ghost was born.

Please submit your age to verify that you are 21 years of age or older.